What do lucky charms, bikini-clad women and leaping tigers have in common? They have all been used to encourage railway safety over the last century.

Read on to discover the story of railway safety over the last 100 years, explore the attempts to prevent injuries and deaths among workers, passengers and children, and learn more about the lasting influence of the Great Western Railway’s innovative 'Safety Movement' campaign.

Railway work was incredibly dangerous in the 19th and early 20th centuries, particularly if you were a shunter or platelayer. For example, in 1900 alone over 16,000 workers were injured or killed. So what was done to protect employees?

In the 19th century, the government and the public were mainly concerned with passenger safety. Only with the rise of trades unions did the state (slowly) become interested in worker safety.

The railway companies saw it as the workers' responsibility to look after themselves. They did the bare minimum, providing stern warnings through signs, rule books and circulars.

By 1913, worker deaths and injuries had increased to over 30,000 in a single year. Growing pressure from trades unions and the threat of new laws forced the railway companies to act. The Great Western Railway’s management introduced the Safety Movement in August 1913.

It was a radical departure, using photographs and a conversational tone to grab the reader's attention and show them what to do. This accessible style soon spread throughout the railway industry, and has been used ever since. Safety education tried to change behaviour—but at times it also implied that the worker was to blame.

Alongside safety education, the older formal methods of rules and signs continued. Some workers used personal protective equipment, and government inspectors investigated a few worker deaths and injuries and recommended changes. Despite all this, many workers were killed, or disabled for life, with a huge impact on their families. 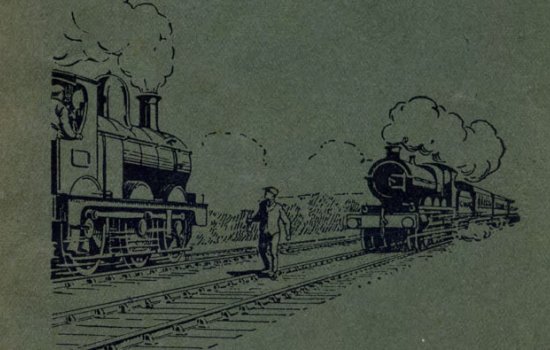 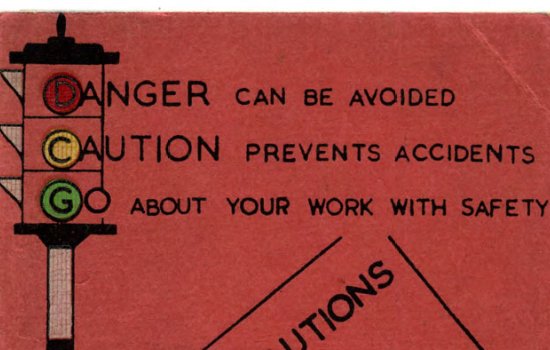 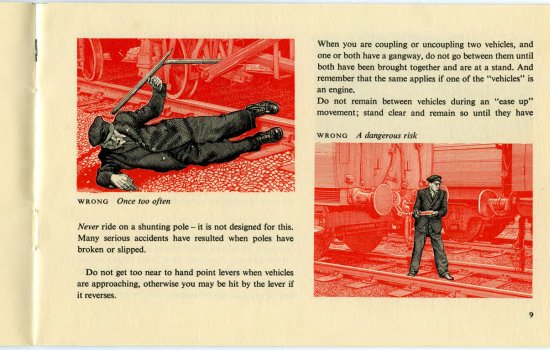 Safety education wasn’t just used for railway workers. Although railway travel was relatively safe compared to railway work, large numbers of passengers were still injured or even killed. Sometimes this was the railway companies’ fault, and other times it was a consequence of the actions of the passengers themselves.

Companies used safety education to try to show passengers and children how to avoid the dangers of the railway, from getting in and out of carriages safely to preventing trespassing on the lines. They took advantage of the latest technologies and ideas to give safety messages, trying to be as eye-catching and interesting as possible.

Regarded by many as a cult classic, this disturbing film imagined the consequences of a school sports day played on the railway lines, aiming to warn children of the dangers of trespassing.

The latest in a long line of safety education initiatives, harnessing the power of TV and the internet to promote safety when crossing railway lines.

Safety beyond the railways

Safety education has had a lasting impact on Britain far beyond the railways, and has come to be found in virtually every walk of life.

Initially safety education focused on workplaces, but was soon dominated by road safety. From the 1930s home safety also received some attention, although it was extremely limited in comparison to road or work safety. People have also encountered safety education during their daily lives for the past century.

Public safety is one of many areas in which the railways have had a huge impact on the fabric of British life—right up to the present.

Safety education brought up to date: a shocking appeal to dissuade people from drinking and driving.

Find out more about railway safety

This story was researched and compiled by Dr Mike Esbester of the University of Portsmouth. You can read more about his research and the history of railway safety on our blog.

Find out more about working conditions and some of the employees involved in accidents between 1911 and 1915 through the Railway Work, Life & Death project, a collaboration between the National Railway Museum and the University of Portsmouth. 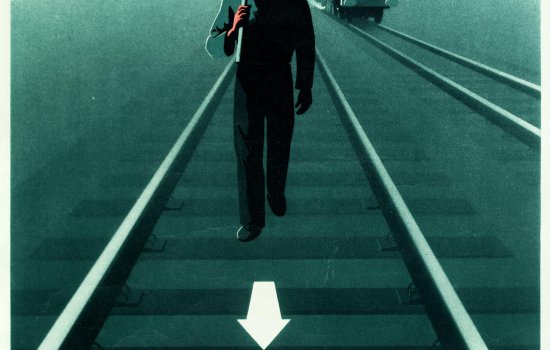 PREVENTION IS BETTER THAN CURE: PROMOTING SAFETY ON THE RAILWAYS AND BEYOND

Senior Lecturer in History Mike Esbester explores safety on the railways since 1913. 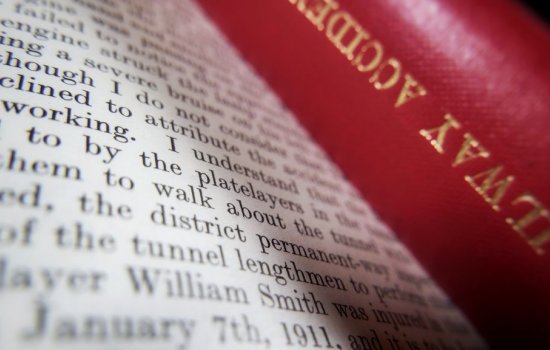 The cost of working on the railways?

Discover more about the Railway Work, Life and Death project.

Mike Esbester explores what historically happened after a railway accident.